App Crash Fix Android : Many Android apps have suddenly started crashing in the past few hours, with apps throwing the dreaded “keep closing” warning messages when users try to open them. Twitter and Reddit forums are filled with reports of apps crashing. DownDetector is also showing a big surge in outage reports for Gmail and Amazon. Desktop Gmail Web interface and Google Workspace services are not affected.

A Google spokesperson confirmed the company was aware of the issue and was working on a fix: App Crash Fix Android

We are aware of an issue with WebView causing some apps on Android to crash. We are currently working to fully validate the scope and a fix is in progress.

As per the most recent update posted on Google Workspace Status Dashboard, Google was still investigating this issue.

Google hasn’t shared any update on the fix at the time of writing this article. The onus remains on Android users to resolve this issue by uninstalling recent Android WebView updates.

Android WebView is a system component powered by Chrome that allows Android apps to display web content. This component is pre-installed on your device and should be kept up to date to ensure you have the latest security updates and other bug fixes. 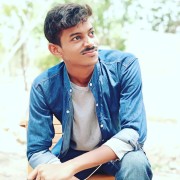 It's me Rajaram Prasad Founder and CEO of TechFdz.com and Tech YouTuber with 2.9M Subscribers at Sikhe All In Hindi.

Use WhatsApp on other Devices Link a Device

Back to top button
Close
Close